The Incredible Link Between Turmeric & Detoxification Turmeric (curcuma longa) is an ancient Indian spice that belongs to the wider ginger family. It has been used in medicinal and culinary traditions for thousands of years.

Modern research has discovered a variety of incredible health benefits that are associated with consuming turmeric regularly.

It is also a powerful anti-inflammatory and increases antioxidant activity within the body (more on that in a moment).1

However, some of turmeric's most valuable health properties are the ones that don't get spoken about as much.

A Bit Of Background...

Before we dive into the science, here’s a fun fact.

In the traditional Sanskrit language of India, turmeric has at least 53 different names, some of which are pretty interesting!

Jayanti (one that wins over diseases), Bhadra (auspicious or lucky),  Jawarantika (which cures fevers), Krimighni or Kashpa (killer of worms and parasites), Rabhangavasa (which dissolves fat), Gauri (to make fair), Hridayavilasini (gives delight to the heart) & Varna Datri (enhancer of body complexion).2

The ancient Indians seemed to be quite aware of turmeric’s health benefits and they had some really beautiful words to describe them.

So what makes turmeric valuable in the context of detoxification?

Turmeric is incredibly complex. So far scientists have been able to isolate over 100 different compounds from this incredible spice!

The queen of these compounds is an active ingredient called “curcumin”. It’s responsible for the deep yellow/orange colour that my kitchen bench is stained with, as well as providing most of the incredible health benefits that turmeric is known for.

Here’s a quick look at each of these benefits, and why they’re so crucial to the detoxification process.

During phase 1 of detoxification, your body produces natural by-products known as “free radicals”. You can read more about that here, but to cut a long story short, free radicals cause oxidative damage, which is believed to be one of the mechanisms behind aging and many chronic diseases. The solution to this problem is to make sure you’re consuming a healthy variety of antioxidants.

The curcumin found in turmeric is a potent antioxidant that has the ability to neutralize free radicals, due to its chemical structure. Additionally, curcumin actually boosts the activity of your body's own antioxidant enzymes, which essentially delivers extra reinforcements in the fight against free radicals.3

You can read our short summary of it here, but basically, one of the pathways is called “glucuronidation”, and its job is to processes excess hormones as well as a number of external toxins, including drugs, chemicals, environmental toxins & dietary substances.

This is a big deal, and we should be doing anything we can to assist the function of this pathway.

Studies have found that turmeric significantly increases the concentration of the enzymes that are involved in glucuronidation.4

Heavy metals are a direct threat to human health, and 4 in particular (lead, mercury, cadmium & arsenic) have been added to the World Health Organisation’s “Top 10 Chemicals of Major International Public Health Concern” list.

In some animal studies, curcumin has been found to have a “chelating” effect on lead & cadmium, which essentially means that it binds to these metals and helps expel them from the body. This helps to protect against a whole host of health issues that these toxic metals are associated with (more on that here).5

Bile production is an important part of the body’s natural detoxification process.

Bile has two main roles in the body:

1. To help eliminate waste products from the body
2. To support the breakdown and absorption of fats & fat-soluble vitamins.

Turmeric is a cholagogue, which means it has the ability to stimulate bile production and excretion, which helps get rid of the compounds from phase 2 of the detoxification process.6

Consuming turmeric is an amazing step towards better health, however, curcumin is poorly absorbed by the body on its own.

So here's a scientifically proven "hack" - when curcumin is combined with black pepper, the bioavailability increases up to 20 times, due to pepper’s active ingredient, piperine.7

So try to add black pepper every time you consume turmeric!

Jamu is a traditional Indonesian herbal medicine which dates back at least 1300 years! While most jamu concoctions used to contain a whole variety of roots, seeds, flowers, herbs, and spices, most versions today come infused with turmeric! Adding a pinch of black pepper will help to absorb the curcumin which is the active ingredient in turmeric. 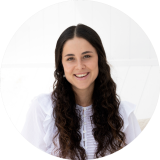 Renae is the founder of Deeto and holds a Bachelor of Nutrition. 4 Things You Can Do Today for Better Hormone Health!

One of the best ways we can support a healthy balance of hormones is by boosting your intake of nutrient-dense food... here's our top 4!
Read More 5 Simple Habits For Glowing Skin (#2 will surprise you!)

There are lots of factors at play when considering our complexion as the skin, the body’s largest organ, often represents what’s happening on the inside too.
Read More